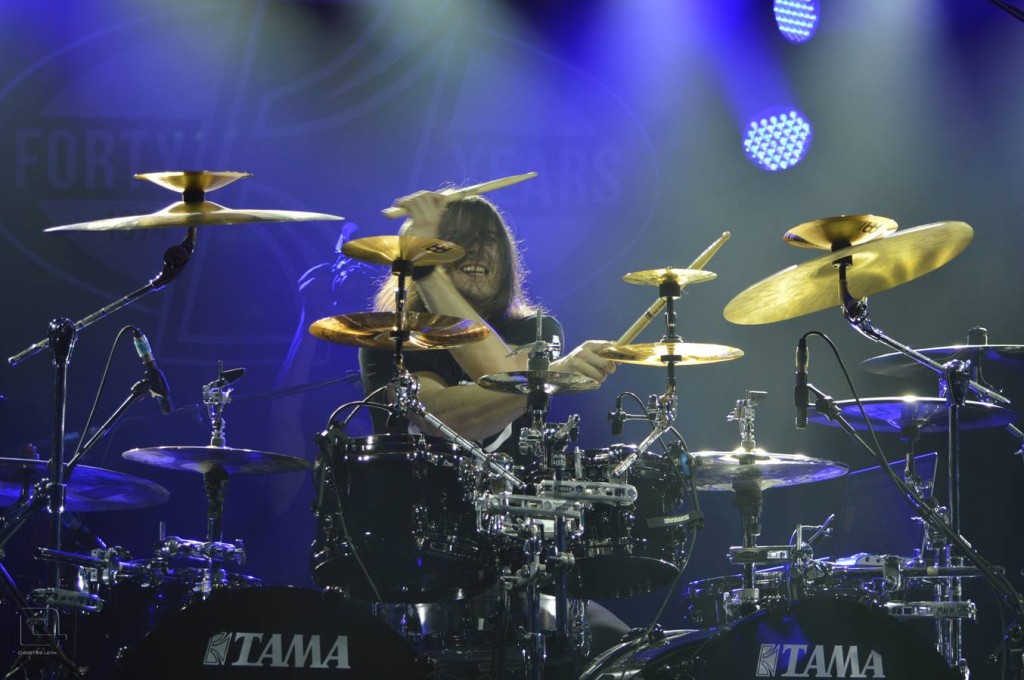 German tech-death outfit Obscura have revealed the identity of their new drummer, unlike another band that still refuses to tell us anything. Replacing former drummer Hannes Grossmann will be Sebastian Lanser, who studied drums with a minor in piano a A. Bruckner University.

Lanser made the following statement on joining Obscura:

“I am really looking forward into working together and sharing stages with Obscura! Since i am a huge admirer of the band and my good friend and drumming buddy Hannes Grossmann, i feel really excited but honored to take a seat on his former throne! This will open a totally new musical chapter in my career!”

“The role of a rhythm section in metal music is often misunderstood. I’m so happy that we found a drummer that has a great appreciation for dynamic, aggressiveness and groove. It was very important to us forming a new lineup that is able to create new unique and meaningful music within Obscura’s trademark sound. Just take a look at Sebastian’s impressive biography and you’ll see that it’s full of complex and extreme music in various styles. I’m a big fan of his playing and I can’t wait to make music together! He’s the perfect match!”

Now all that we have to look forward to before the new record is the name of whoever is going to step in for departed guitarist Christian Muenzner .

September 13, 2014
News No comments Josh_Doe
← Butcher Babies cover of “They’re Coming To Take Me Away” premiered Rabbits are “So Fake It’s Real” →