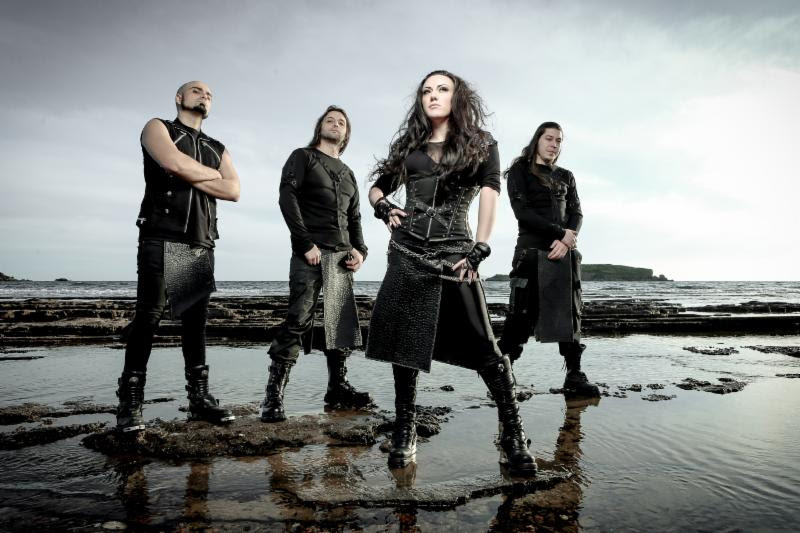 Jaded Star, the dynamic Greece-based outfit featuring former members of Visions Of Atlantis, Iced Earth and many others, has divulged new details of their impending debut album, Memories From The Future, which is nearing April release via Sensory Records.

With over forty-five minutes of Jaded Star’s energetic forward-thinking melodic heavy metal, Memories From The Future was produced by vocalist Maxi Nil (ex-Visions Of Atlantis), mixed and mastered by Fredrik Nordstrom at the legendary Fredman Studios in Sweden (Arch Enemy, At the Gates, Dimmu Borgir, In Flames, Opeth, etc.), and features ten brand new epic anthems. The album showcases Maxi’s electrifying vocals and the masterful drum work Saini is known for. Guitar hero Kosta Vreto, with his unique finger strumming style, eschews the plectrum in favor of a raw, organic sound that literally comes straight through his hands. Babis Nikou on the bass brings a solid foundation and the chemistry between he and Maxi as the songwriting team provides emotion to match the power of the sound.

The cover artwork for Memories From The Future,created by Lila Belivanaki, and the album’s track listing have been revealed ahead of its Spring release date — April 14th in North America and April 24th in Europe — through Sensory Records, a division of The Laser’s Edge. The record will be delivered in a digipak CD format with a whopping 24-page booklet, and on all prime digital services.

Stand by for upcoming Jaded Star updates, in addition to audio samples, an official lyric video and more on Memories From The Future in the coming weeks.

Memories From The Future track listing: