Iron Reagan have been working on their second full-length record and they recently released a video for a new track off it. The song is called “Eyeball Gore” and the video is full of exactly that, eyeball gore. If you’re a squeamish person and you’re thinking of clicking play below then I hope you’re doing so on an empty stomach because the video is made up of clips from a number of films that feature really graphic, violent eye stuff. It’s a good song worth a listen so, if you’re not into graphic depictions of gore, well that’s what other tabs are for. Just open another one of our Pulitzer-worthy articles while you jam to this awesome track.

This is the second new song released so far off of the forthcoming album The Tyranny Of Will. The first single, “Miserable Failure”, can be heard here.

Tyranny of Will will be the band’s debut with Relapse Records, out September 16th. Cover art and track list below. 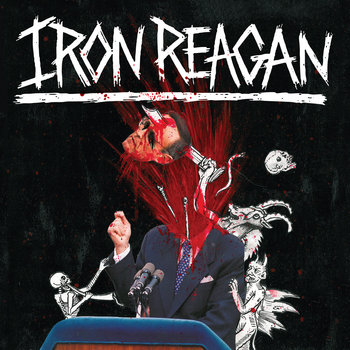